This topic is a place to share your favourite magazine articles.

I'll start with an article in Wheels (Australia) March 1990 titled "An old dog or a new trick" by Paul Cockburn.

It's a comparison test between the Mazda MX5 (just released at that time) and the original 1960's Lotus Elan.

Cockburn's writing style is very entertaining. My favourite quote from the article is an imaginary conversation that might have taken place between Lotus's Colin Chapman and one of his engineers...

"What's that?"
"Ah... That's the engine mount, Mister Chapman, Sir."
"It looks a bit... Solid."
"Oh, it is, Sir. Knowing you wanted everything light we started with your original idea, which, of course, broke. Well, sorry, when I say that, I mean it may have been the way we tested it, putting the engine in it and all, but then we added metal until it was strong enough. This is the fourth version."
"Hmm, fourth, eh? And it's strong enough?"
"Yes, Sir. Quite strong."
"Okay, put the third in production."

Cockburn drives both cars and likes the Mazda but loves the Lotus.

There are plenty of other classic quotes from the article, like "The owner gets to work putting various trim panels back on with such a casual air that one suspects he thinks that sort of disassembly normal in a car driven briskly for 20 miles." This is about the Lotus, not the Mazda, of course. 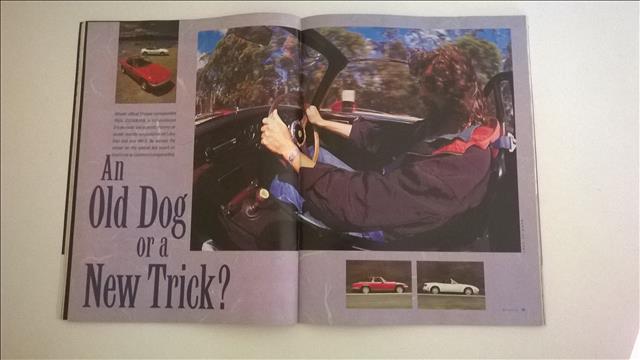 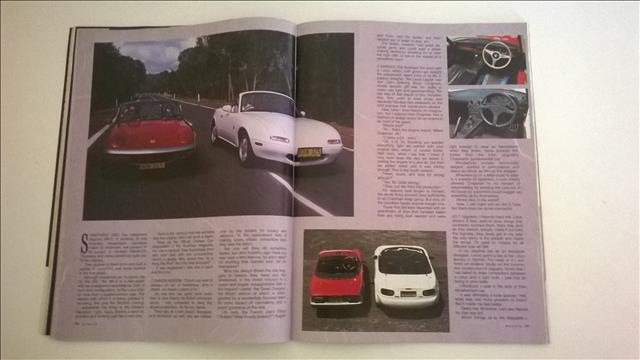 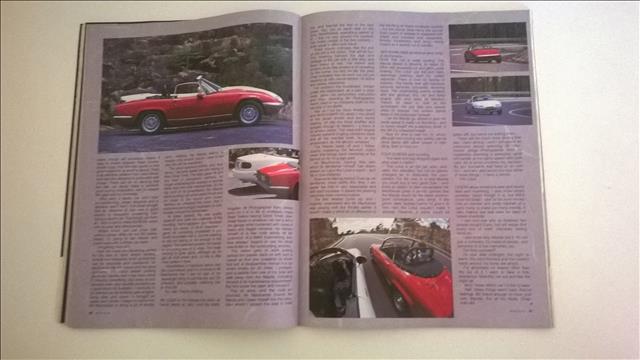 One of my favourite articles from a motorcycle magazine is from Performance Bikes October 1999. It's their annual "Obsession" story, which is all about speed on open public roads.

They ride flat out at 180mph plus, but the Hayabusa leaves the others in it's wake, indicating speeds up to 210mph.

The Kawsaki runs out of fuel and needs to be towed by the Honda to a petrol station (where they find the reserve switch).

And further into the ride the Kawasaki's gearbox fails and, again, needs to be towed by the Honda.

There's some great photography and for some reason I love reading about this kind of lunacy.

A quote from the article: "Two things: A Honda blackbird will tow a ZZR11 at 150mph exactly, no more, and it'll empty is 24l tank in 80 miles doing so." Who in their right mind wants to tow or be towed at 150mph?

Another one of my favourite magazine articles is from the February/March 1986 issue of Sports Car World (Australia).

For the introduction of the ST162 Toyota Celica, SCW compared the Celica to a 1960's 2000GT - Toyota's early (failed) attempt at competing with the exotic supercars of the time.

The article is titled "Twin-cam Treats" by Bob Murray.

The article has lots of information on the 2000GT and why it didn't succeed, and a description of how it drives today. The car they drove was a fully restored example owned by a local Toyota dealer.

There's also details of the newly launched Celica and how the driving experience compares to the 2000GT. They like the Celica and like most other reviews, think it one of the better front-wheel-drive sportscars, but say it's a bit too much like a Toyota.

Interestingly they mention they insured the 2000GT for $60,000 for their road test. These days, these cars are worth around a million dollars. 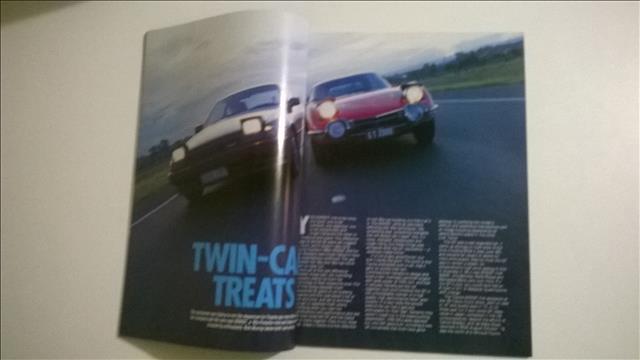 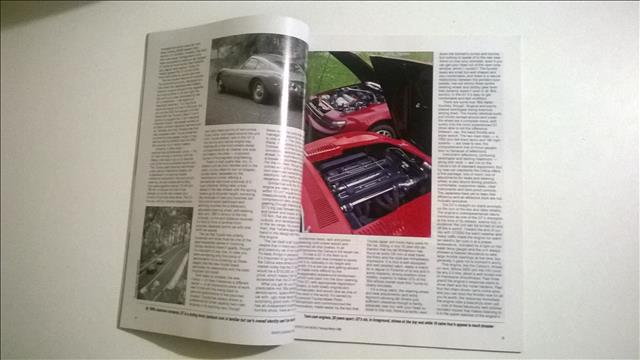 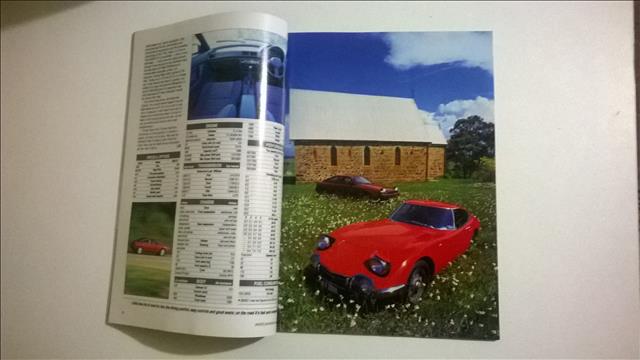 A couple of great articles in Evo magazine

I've been selling off my issues of Evo (UK) magazine because I hadn't given them more than a cursory look over since I bought them many years ago.

As I was going through each issue recording contents I came across the December 2011 issue (https://www.magazinecollector.net/magazines/cars/25-evo/9590-2011-december-number-163/) which I won't be selling.

First there was a lengthy article about all generations of the Ferrari V8 models from 308GTS to 458 Italia, complete with great photos.

Then a little further on I find an article where one of the writers was put in the driver's seat of a turbocharged Renault F1 car from the amazing turbocharged era in the 1970s.

What a great issue. 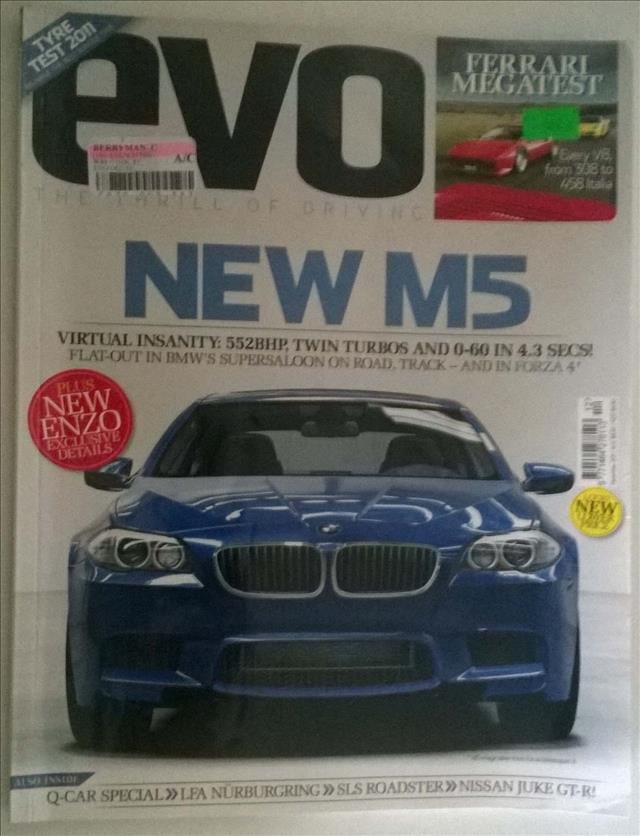 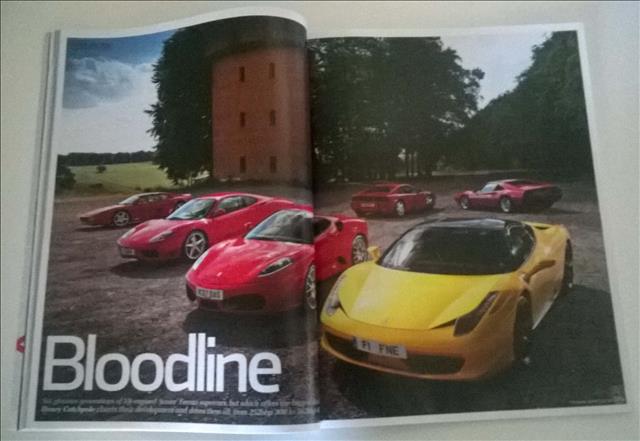 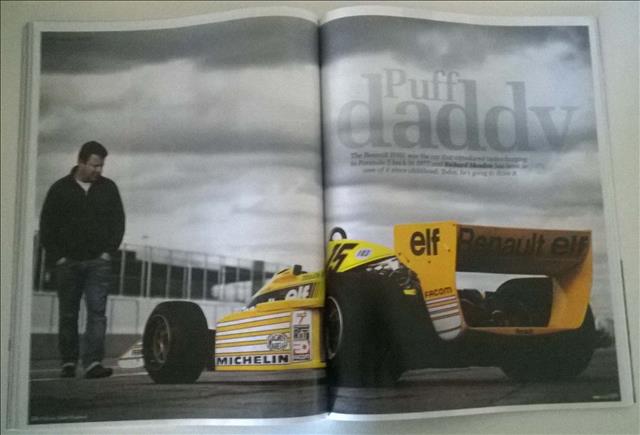 For anyone who likes articles where magazines have undertaken trips around or across Australia, I blogged about some of my favourite articles on this subject here:
https://carchat.org/posts/1479-magazine-articles-about-driving-across-or-around-australia

If anyone recalls any other similar articles or has a copy of Wheels July 1977 they are selling or could scan an article from please let me know.

G'day John
I have access to the Wheels July 1977 issue but it is hardbound and almost impossible to get a useful scan but am happy to try.

Another option is to access the Wheels archive on the whichcar website which has the July 1977 issue fully digitised. You should be able to take an electronic copy of the pages that you want. I did a similar thing on the Zinio e-mag site for the last index of C&SC magazine.

Thanks Brian. I had forgotten about the Wheels archive. They had that article which was great.