From Two Wheels magazine. First issue lacks numeric designation and date, but was published in 2003 or 2004. According to NLA it ceased with no. 9 (published in 2006?) although one source says there was 29 issues. Editor Grant Roff said of the magazines demise, "The advertising isn't there to support it. We've looked at a scooter section for 2Wheels but the scooter trade tell us that scooter riders don't read motorcycle magazines." ... more 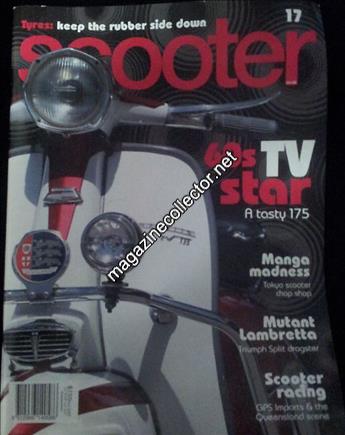 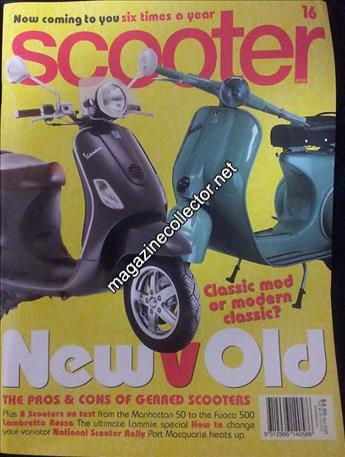 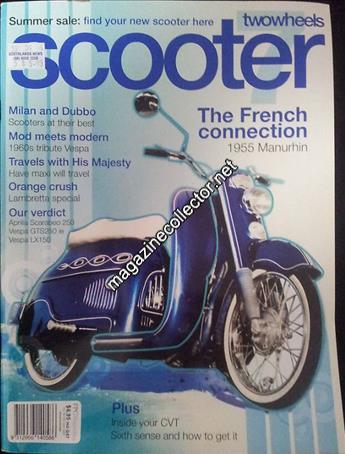 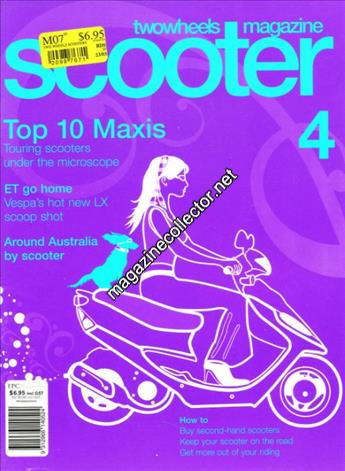 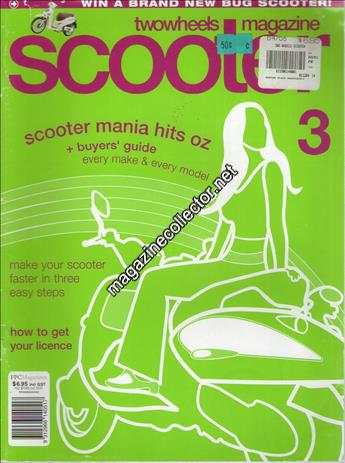 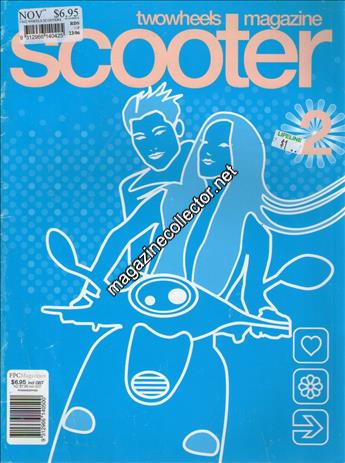 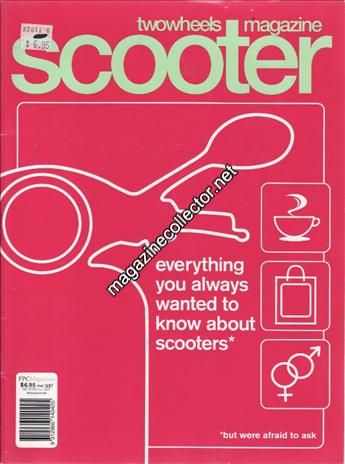